Approximately 100 of the top U.S. junior freeski and snowboard athletes took to the amazing spring conditions at Mammoth Mountain Ski Area in California and Timberline Lodge and Ski Area on Mt. Hood, Ore. from June 6-15 for Project Gold, where the country’s top coaches and world-class terrain offered the perfect atmosphere for progression and good times. U.S. Snowboard and Freeski Project Gold Camp bring together the top young skiers and riders in the country for a progressive talent development camp. Project Gold athletes are selected from the Revolution Tour, Hole Shot, Race to the Cup and USASA Nationals. The camp bridges the gap between regional competitors and Olympic level programs.

Spearheaded by former U.S. Snowboard and U.S. Freeski Sport Development Manager, Abbi Nyberg, Project Gold was started in 2006. Starting as just a halfpipe focussed camp, today Project Gold serves as a critical element to the freeski and snowboard development pipeline for slopestyle, halfpipe, and big air as well as the largest snowboardcross camp of the year for U.S. riders.

“Project Gold provides an opportunity for future U.S. Olympians to ski and ride for a week with the full national team staff at Mammoth," said U.S. Ski & Snowboard’s Head Freeski and Snowboard Coach Mike Jankowski. “It’s a great opportunity for the coaches and athletes to start making connections that will last throughout their careers.”

At Timberline, the U.S. snowboardcross staff is keeping a close eye on the future.

“Project Gold is a great chance for myself and the other World Cup coaches to get to know and work with the next generation of rippers,” said U.S. Snowboardcross Head Coach Peter Foley.  “It’s cool to see the next generation’s enthusiasm and thirst for knowledge. In addition, it’s amazing to watch them improve from one day to the next. This comes at the time of year when we can really concentrate on technique without the pressure of racing and that’s very valuable for allowing the athletes to get into the right headspace to make big changes.”

Not only do U.S. junior athletes get to experience working with U.S. National Team coaches at official U.S. Ski & Snowboard training sites, but they also get to experience the benefits of the U.S. Ski & Snowboard High Performance staff, including experts in strength training, flexibility, nutrition, and recovery. Project Gold is truly a dream come true for young skiers and riders who wish to compete at the highest level of their sport.

Project Gold is a one-of-a-the kind experience that can offer a very positive trajectory for young athletes. By giving youth skiers and riders a chance to work with the best of the best at two of the best ski areas in the country, it conveys a message that reaching the top is very much attainable. This year, Hunter Carey (Winter Park, Colo.) was nominated to the U.S. Freeski Halfpipe Rookie Team and his success was no accident. Alongside a serious amount of hard work, Carey’s progression can be linked directly to Project Gold.

"Project Gold was instrumental for Hunter's skiing progression,” said Hunter’s father Tom Carey. “Hunter was tapped for Project Gold at age 13 after his first podium finish at USASA Nationals in 2016. The Unbound Terrain Parks at Mammoth Mountain, Hunter’s club and the U.S. Freeski Team coaches all work in harmony to help the athletes learn new tricks in a fun and supportive environment. Hunter's nomination to the U.S. Freeski Rookie Team this season can be traced back to the progress he made at Project Gold camps each spring and the synergies with other athletes and coaches forged in this camp environment."

Carey is not the only athlete to benefit from Project Gold. The opportunities it has created for up and coming junior athletes is undeniable.

“I think the biggest opportunity that Project Gold created for me was a place to not only ride with some of the best developing snowboarders in the country but to also be coached by arguably the best coaches in the world,” said Gold. “At the time, many of the younger female snowboarders who I absolutely loved to ride with lived in different parts of the country, so I rarely saw them during the competitive season. Project Gold gave us all an opportunity to come together and ride as a group, catering to a level of progression (and fun) that was unparalleled when I was that age.”

Gold also touched on the quality of training venues available to her at such a young age.

“Many athletes at the developmental level in competitive snowboarding often have limited access to adequate training venues, if they have access to any whatsoever,” she said. "Every year that I attended, Project Gold created an incredible venue for all of us to ride together allowing us to learn tricks and progress in a way that likely would not have been possible otherwise. I can still remember how excited I got every year when I had the opportunity to ride in front of the U.S. Team coaches. It felt like it was my chance to prove myself as a potential candidate for the future, which pushed me to work harder than I ever have before.

U.S. Freeski Halfpipe Pro Team member Hunter Hess (Bend, Ore.) felt Project Gold was the catalyst to his blossoming freeski career. As a Rookie this season, Hess earned his first ever FIS World Cup podium in Secret Garden, China with a third-place finish. His performance throughout the 2018/19 season earned him a spot on the Pro Team this coming season.

“Gold opened up doors for me,” said Hess. “It was my first camp with the U.S. Team. I think seeing that you could be apart of an organization like U.S. Ski & Snowboard makes you want it more. In the long run, it was really the first opportunity I had to prove that I could compete at that level one day. My favorite part was being able to learn so much. It's at the perfect time of year to try the tricks you have been thinking of all season. I always learned the most I did all year at Gold. It helped me go into the next season strong and confident.”

“Going to Gold was my goal for the end of the season when I was 13,” said Forehand. “All I wanted was to be invited to this camp that I’ve heard so much about. At first I only knew Hunter and sort of knew the Fagan brothers but never met Cody or Dicky (Richard Thomas) before. The whole week at camp we skied and had a ton of fun staying together. Now I get to call all these guys my friends and teammates. Every year Gold Camp would be the highlight of the spring. I would get so much out of the one week we were able to meet most of the goals I set for myself.”

According to U.S. Snowboardcross Pro Team rider Jake Vedder (Pickney, Mich.) a four-time Project Gold athlete, the snowboardcross experience has always been something to look forward to.

“When the U.S. Snowboard Team gave me a chance to come to Project Gold when I was 13, it was truly a turning point in my career. At a young age, I was able to ride with some of the best riders in the world and I really opened my eyes to what being on the national team looks like. Fast forward a few years and I have made the national team and I am encouraging today’s junior athletes to attend Project Gold because it really did help shape my career as a professional snowboardcross rider.”

Project Gold will not be the last you see of these young skiers and riders. Keep an eye out for competitors to climb the ranks through FIS Nor-Am, Rev Tour and USASA events. Further down the line like Gold, Hess, Vedder, and Forehand, it’s inevitable that many Project Gold athletes will be the leaders of these sports at the elite international level of competition. 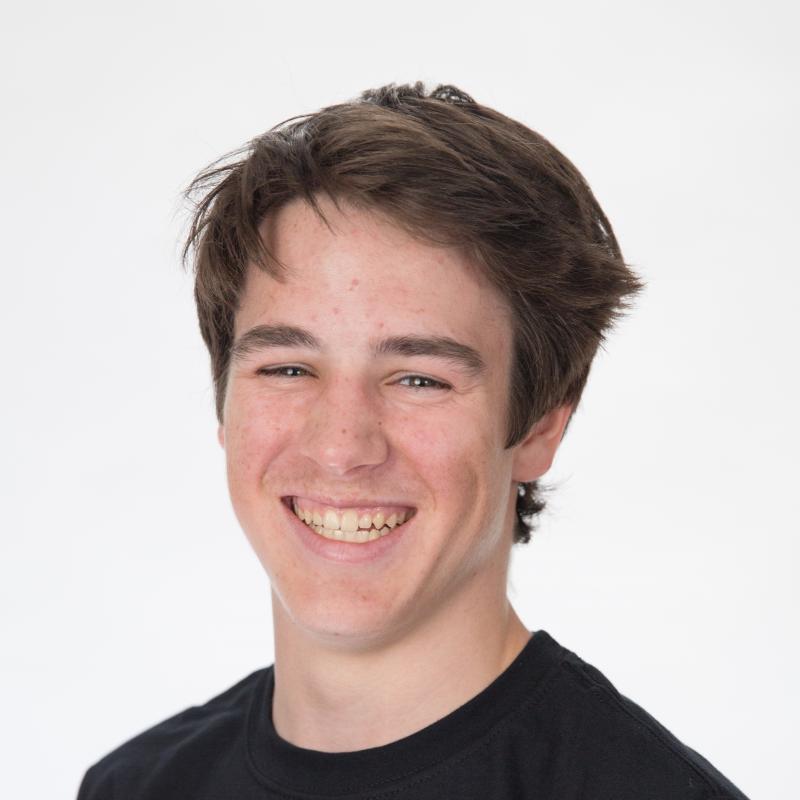 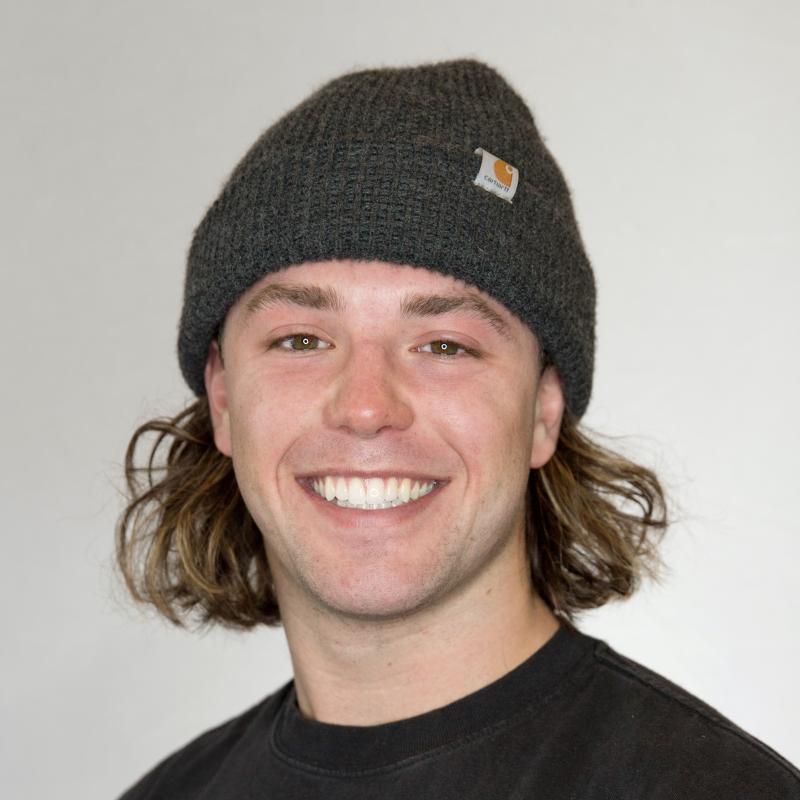