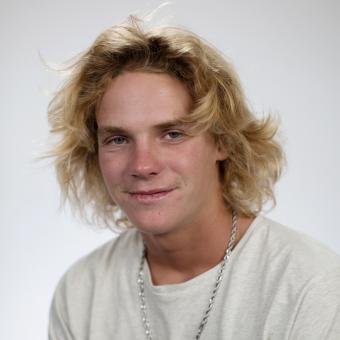 Southern California snowboarder Brock Crouch first made waves on he international competition scene when he won the Burton European Junior Open in 2014. He burst onto the scene in 2016 when he won the FIS World Cup Olympic test event in PyeongChang, South Korea. Born and raised in Carlsbad, California, the surfer-turned-snowboarder now makes his winter home in Mammoth Lakes, where he progresses on the slopes of Mammoth Mountain.

FIRST TRACKS
Brock started snowboarding at age three. By six, he was entering USASA slopestyle, rail jam and halfpipe contests. He went on to train with a private coach at age eight, which helped his skills progress well beyond those of other snowboarders his age (and many of those much older).

OFF THE SNOW
Crouch is also a talented surfer and has had wins and podium finishes on the WSA and NSSA tours. A true SoCal kid, he also loves to skateboard.