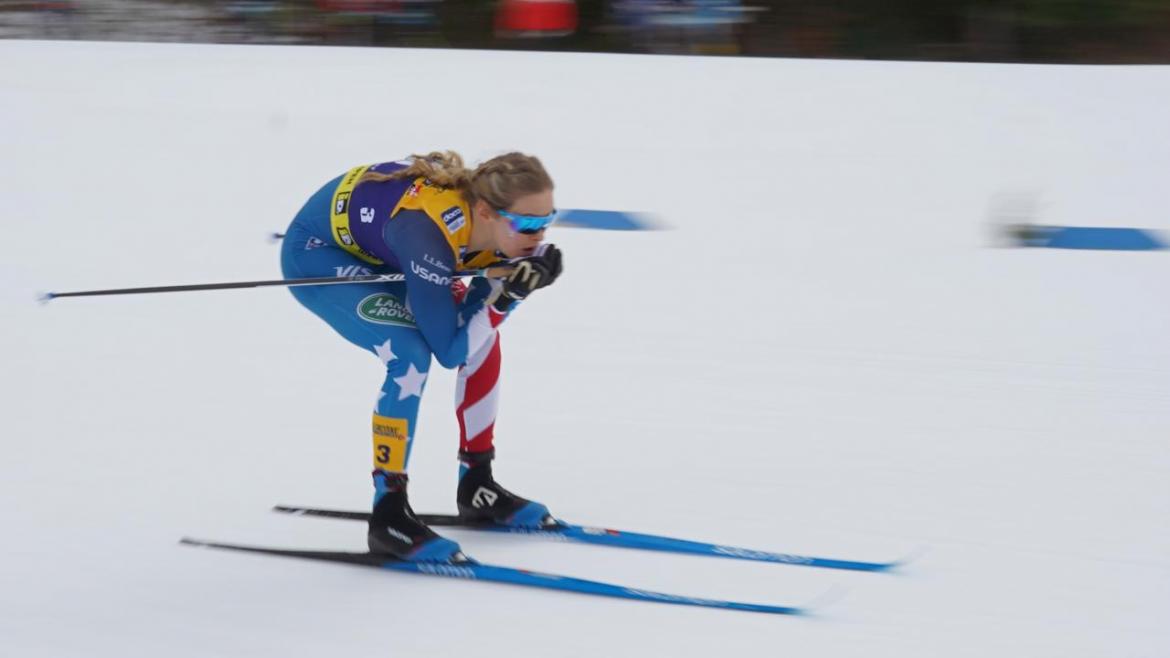 Four Americans qualified for the heats with Jessie leading the way in third, Sadie qualifying fourth, Sophie in ninth, and Rosie 11th. Caitlin Patterson finished 61st in qualifying, and Alayna Sonnesyn was 66th. Putting her disappointing result from Saturday’s skiathlon behind her, Jessie won her opening quarterfinal heat, then advanced as a lucky loser into the finals.

“Yesterday, I just felt so tired and my legs were just dead. It was really, really, hard. It was a big struggle and I was fighting with everything I had,” Jessie recalled of Saturday’s 15k skiathlon. “But I just told myself that ‘today it’s a new day, you never know, so I’m just going to go out there and give it everything I have.’”

In the final, Sophie - who cruised through her quarterfinal and semifinal heats to reach the finals - skied toward the front of the group with Jessie sitting fifth going into the first of three climbs. On the second climb, both Sophie and Jessie made a move up the outside to position themselves for the downhill before heading into the third and final climb.

“Halfway through the final climb, I was like ‘I don’t know, I’m going to keep trying.’ And luckily, I got behind Nepryaeva because I thought she would start going on the second hill, and I was fortunate that she went and it that cleared a space for me to try to follow, and then I just got a really good draft into the finish and felt strong in the double-pole.”

“Sprint is always such a bittersweet event for me,” said Rosie. ”While today was the best classic sprint of my career, I still felt that I made some mistakes and didn’t ski as well as I felt.”

However, Rosie and her teammates will have another shot at the Oberstdorf course as Sunday’s race was a preview what the athletes will see at the 2021 World Championships.

“For a World Championships course, it should be hard,” Jessie said. “It’s really challenging, but it’s a fair course…and its very spectator friendly, which is going to be great.”

“I know there are probably some sprinters that aren’t excited about the length, but I felt the course did a good job of including all kinds of skiing and really rewarding good skiers,” Rosie added.

In the men’s race, no Americans qualified for the heats. In the qualification round, Simi Hamilton was 32nd, Andy Newell was 41st, Tyler Kornfield was 55th and Noel Keeffe was 64th in his World Cup debut.

Up next, a number of athletes will enjoy a training camp in Seefeld, Austria, in preparation for the next FIS Cross Country World Cup event in Falun, Sweden, Feb. 8-9 with another classic sprint, a 15k freestyle for the women and 30k freestyle for the men. 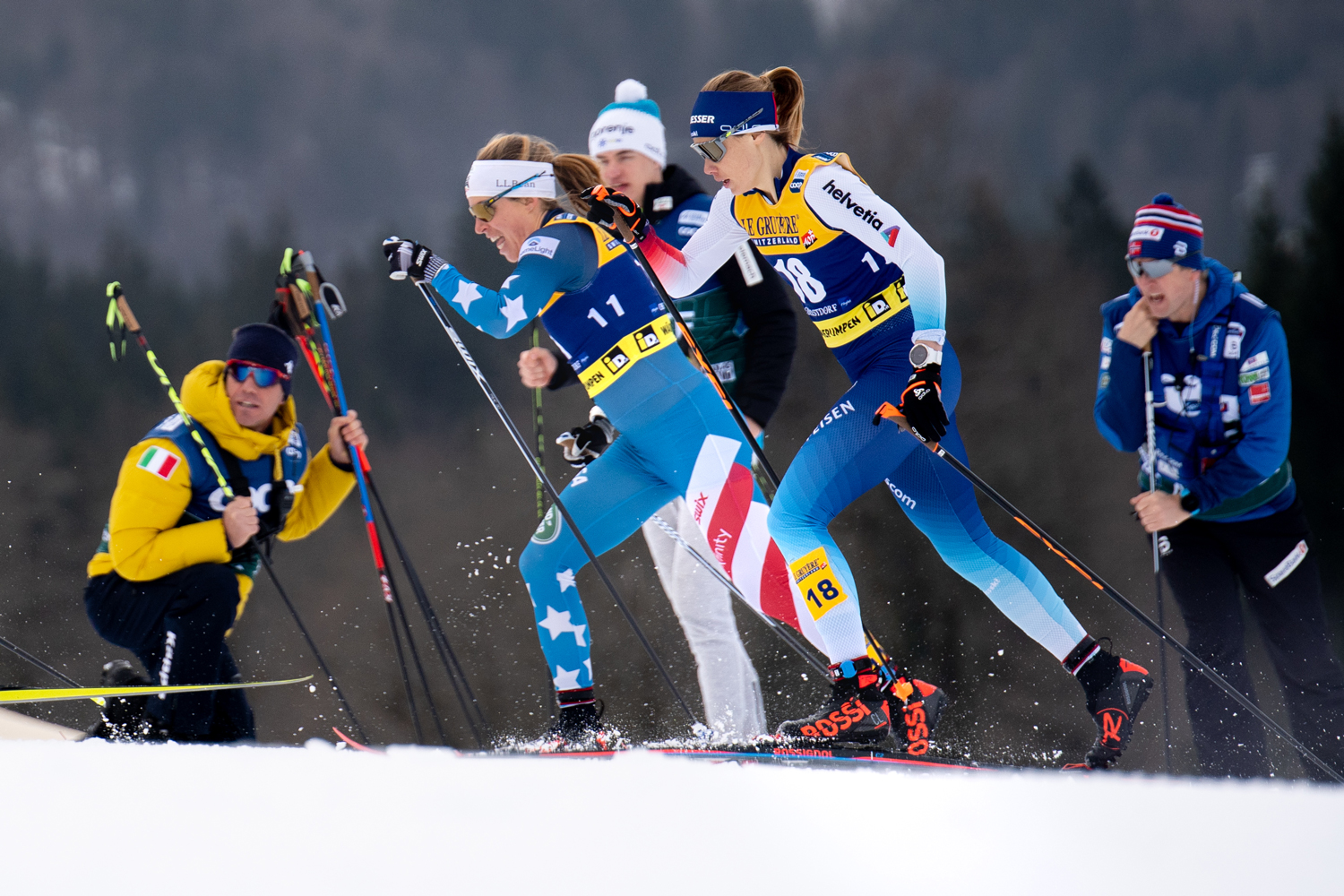