In Her Own Words: Merryweather Details Eating Disorder Treatment

In December, Land Rover U.S. Alpine Ski Team athlete and Olympian Alice Merryweather announced that she would be taking time away from the World Cup circuit to seek help for an eating disorder.

In December, Land Rover U.S. Alpine Ski Team athlete and Olympian Alice Merryweather announced that she would be taking time away from the World Cup circuit to seek help for an eating disorder. Ahead of this week’s FIS Ski World Cup Finals in Lenzerheide, Switzerland, Merryweather wrote about her experience in treatment and her hopes for the future of eating disorder education.

Merryweather has been open about her recovery process both on her Instagram and, more recently, with opening up to the Washington Post. She recently worked with NBC's Megan Soisson to share her story on the On Her Turf blog, detailing her thought process throughout her journey, and how U.S. Ski & Snowboard teammate Jessie Diggins helped her through the process.

I also reached out to American cross-country skier Jessie Diggins, who has been open about her own experience with an eating disorder. I told her my story and she responded right away and provided a lot of advice. I’m grateful that she has been so open about her own experiences. To see someone of her caliber – who has also gone through this – be transparent about her story, it helped me feel like I wasn’t alone.

I also learned about the science of my disorder, which was eye opening. My disorder changed my brain, creating a fear response to food. That helped me understand why I couldn’t just say I’d eat more and then I’d get better, and it was a relief to realize I hadn’t “done this to myself.” I wish I had understood this much sooner, or even been informed of the science during that sixth grade health class, as it might have prevented me from going down this path altogether.

In December, the World Cup speed season resumed – without me. At first, I was jealous. I wanted to be there racing. But once I finally embraced treatment and understood the reason I needed to be there, I found the peace of mind to be truly happy when my teammates did well. Watching Keely Cashman, Breezy Johnson, Nina O’Brien and so many other American women have breakout years just made me want to come back even more.

I ultimately decided not to return to the World Cup at all this season. It was actually Jessie who reminded me that I need to return to competition on my own time, and that stuck with me. Hearing her say that allowed me to take a little bit longer, be more patient, and actually do it right.

Merryweather hopes to return to competition for the 2021-22 season, highlighted by the Olympics. She hopes that sharing her experiences will encourage others to seek help, and she notes that there is still so much stigma around eating disorders, which she hopes will change.

Across the spectrum of sports, the way we talk about female athletes’ bodies also needs to be shifted so that it’s less objective. And we all could do well to remember that it’s not just about being powerful and strong, but it’s also about being happy. Being yourself, finding home in your body – whatever that may look like. I’m learning to respect my body in that way, knowing that my body is home and it can do incredible things as long as I give it the proper fuel.

If you are struggling with an eating disorder and are in need of support, please call the National Eating Disorders Association Helpline at 1-800-931-2237. For a 24-hour crisis line, text “NEDA” to 741741.

Read the full article at On Her Turf. 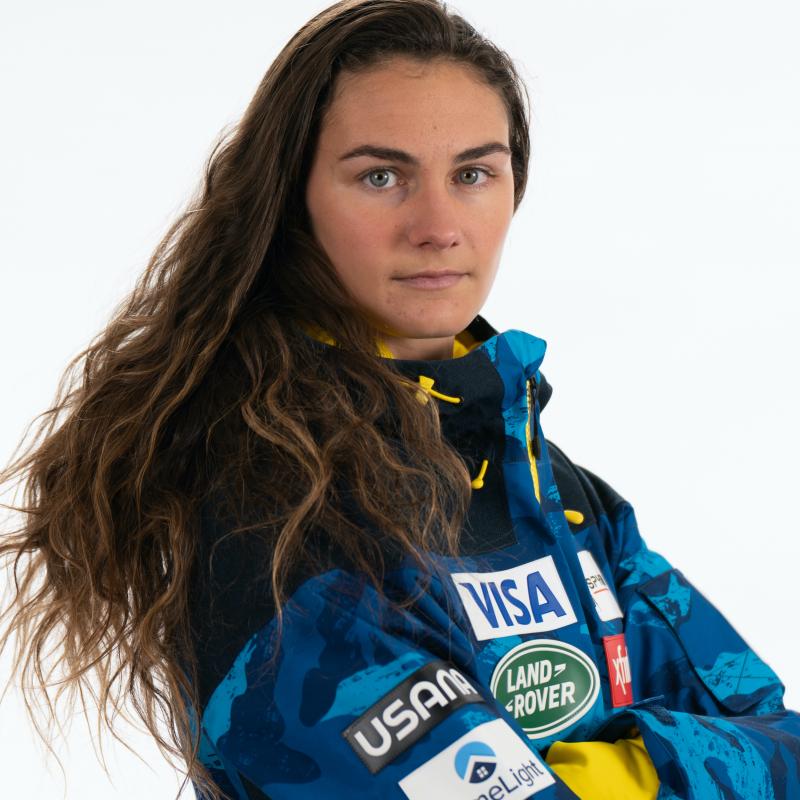 Alice Merryweather learned to ski at four years old on the wintery slopes of Attitash Mountain, chasing her brother down the hill. This was how she discovered her passion for speed. When she was eight, her parents signed both kids up for the Attitash Race Team, and she fell in love with the sport. When she reached high school, she realized Merryweather wanted to pursue her ski racing dreams and enrolled at Stratton Mountain School. At Stratton, she earned herself spots on the Junior World Championship teams in 2014 and 2015, as well as a spot on the D Team in 2016.