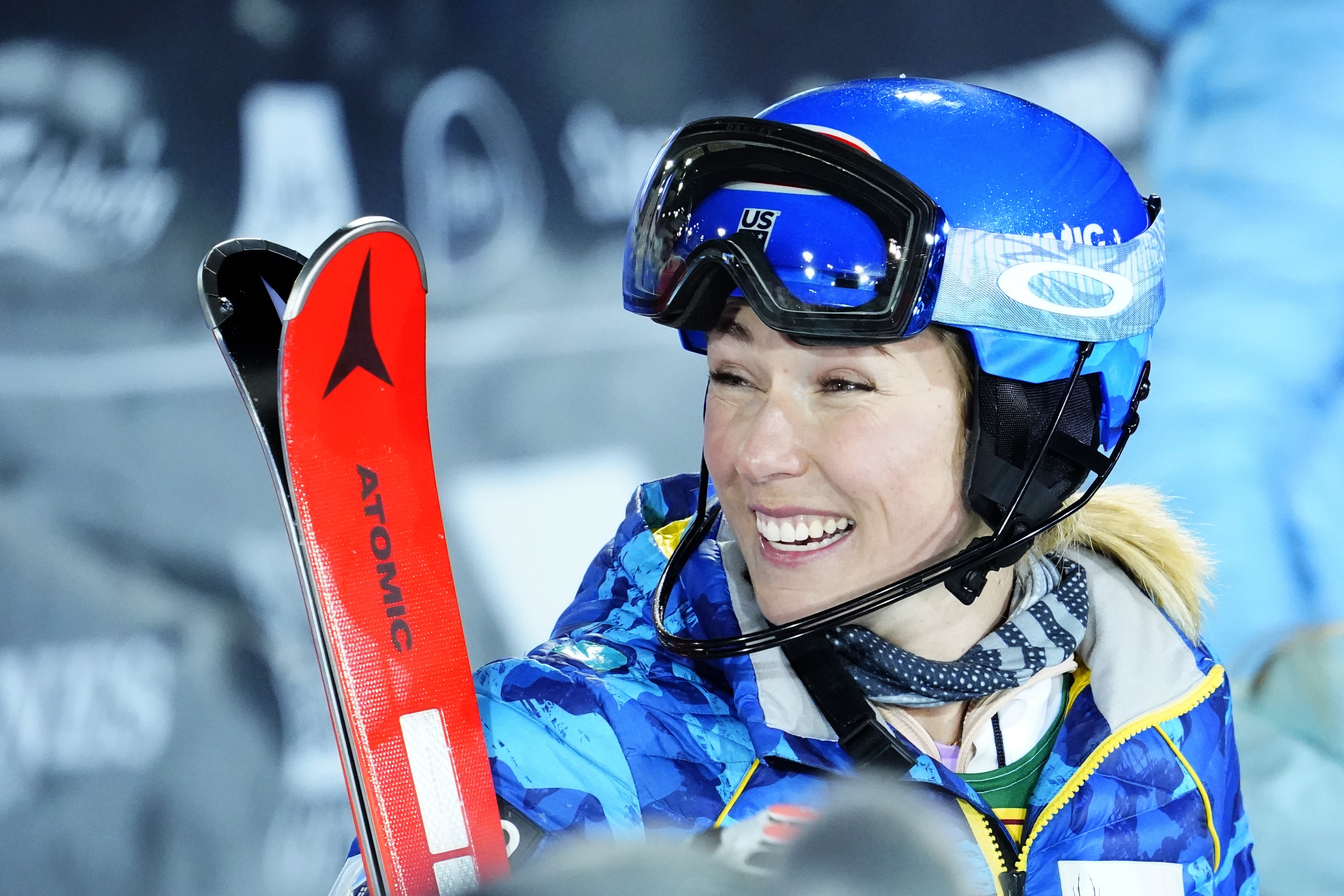 Under the lights in Finnish Lapland, two-time Olympic champion and six-time world champion Mikaela Shiffrin added another podium to her collection of 108, with a second-place finish. (Agence Zoom/Getty Images - Millo Moravski)

Under the lights in Finnish Lapland, two-time Olympic champion and six-time world champion Mikaela Shiffrin added another podium to her collection of 108, with a second-place finish. Slovakian rival Petra Vlhova was first, and Germany’s Lena Duerr grabbed her inaugural World Cup slalom podium, in third.

Shiffrin came into the weekend with some nerves and uncertainty, after dealing with back pain that kept her from training for two weeks after her career-70th victory in Soelden, Austria—which is challenging for Shiffrin, who thrives on preparation. Even so, Shiffrin put down two solid runs and grabbed her 108th career podium, in 194 World Cup starts. In her last 53 World Cup slalom starts, Shiffrin has finished on the podium 49 times (36 wins), boasting an otherworldly ability to consistently ski at the highest level of the sport.

Vlhova, who came into the weekend with valuable training the last three weeks in Levi and on the race slope, showed confidence and smoothness in her skiing both runs and stepped on the gas at the bottom of the second run to make up for time lost—winning by .31 seconds. Duerr earned her first-ever World Cup slalom podium, .84 seconds off the pace. In her career, Duerr has had six World Cup parallel podium finishes, but never a slalom podium. With the podium, Durr claimed Germany's first World Cup podium in a women's slalom since December 29, 2013, when Maria Hoefl-Riesch finished third in Lienz, Austria.

A host of challengers were on their heels, already proving that this Olympic season will be an exciting one for the athletes and fans. Slovenia’s Andreja Slokar, who won last weekend’s parallel event in Lech, Austria, continued to show her consistency and strength, landing in fourth, with Swede Anna Swenn Larsson was fifth and 2021 slalom world champion and World Cup slalom discipline globe winner Austrian Katharina Liensberger in sixth.

With a victory in giant slalom in Soelden, followed by a second place in the slalom opener, Shiffrin noted it was a great start to the season, despite recent frustrations with her back. “It’s a nearly perfect start, and especially after the last couple of weeks,” she said. “It’s easy to start getting greedy, and I feel like in order to win races you really have to earn it. I earned a second place today, but I didn’t quite earn the win, so I’ll try to do a little bit cleaner and stronger skiing tomorrow, but there are a lot of really solid pieces, and that’s it...that’s today. I got the podium and that’s awesome.”

Having trained at Official Training Site Copper Mountain, Colo. coming into Levi, Shiffrin had great conditions, but what was missing was the confidence of skiing on a pitch like that of the Levi Black slope. She lost some time on the pitch, struggling to find her timing on the first part of the pitch, saying, “...it was like the first five or six turns...I don’t know...it was like I was skiing backwards. It was just a little bit wrong timing, and it doesn’t take much to lose a lot of speed, especially with this snow because it’s so responsive.” Shiffrin was happy with the adjustments she made in the second run on the top flat section and will look to bring the positives from today’s race to tomorrow.

Paula Moltzan had a solid first run, finishing in 18th, and was bringing more heat and energy into the second run before she straddled on the pitch and DNFed. AJ Hurt, Nina O’Brien, and Lila Lapanja also started for the Americans but did not qualify for a second run.

The battle will continue tomorrow with another slalom on the Levi Black slope and another chance for Shiffrin to add a reindeer to her herd of four, including Rudolph (2013), Sven (2016), Mr. Gru (2018), and Ingemar (2019). As Shiffrin said, “Tomorrow is a new race day, and we really have no idea what’s going to happen, but we’re going to fight!” 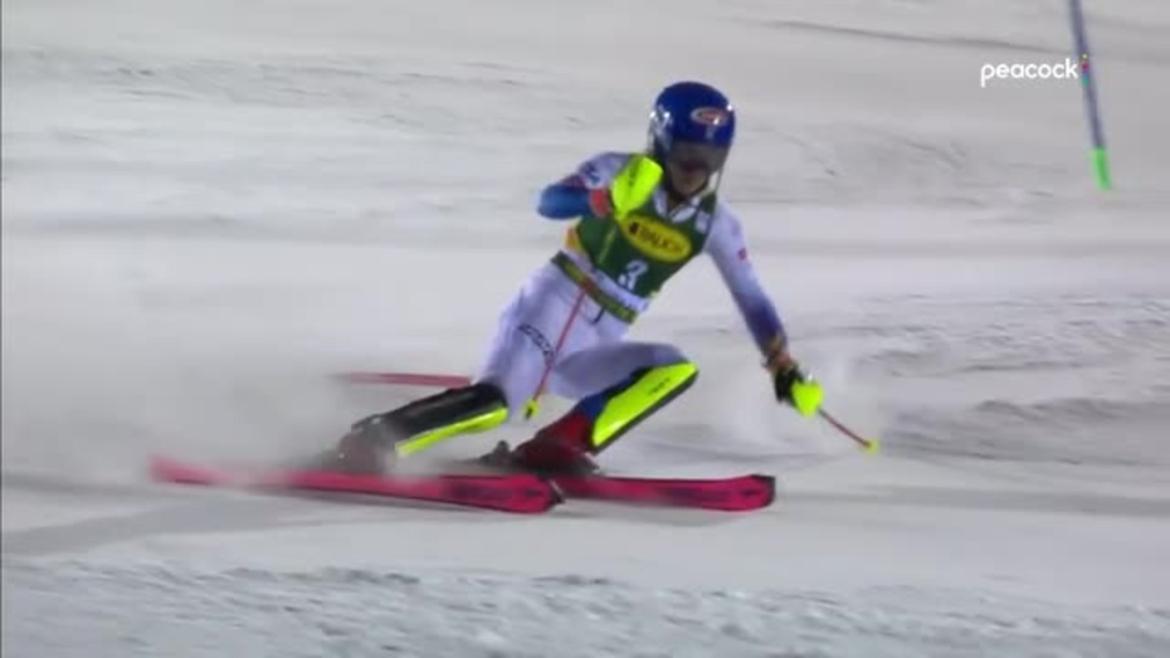 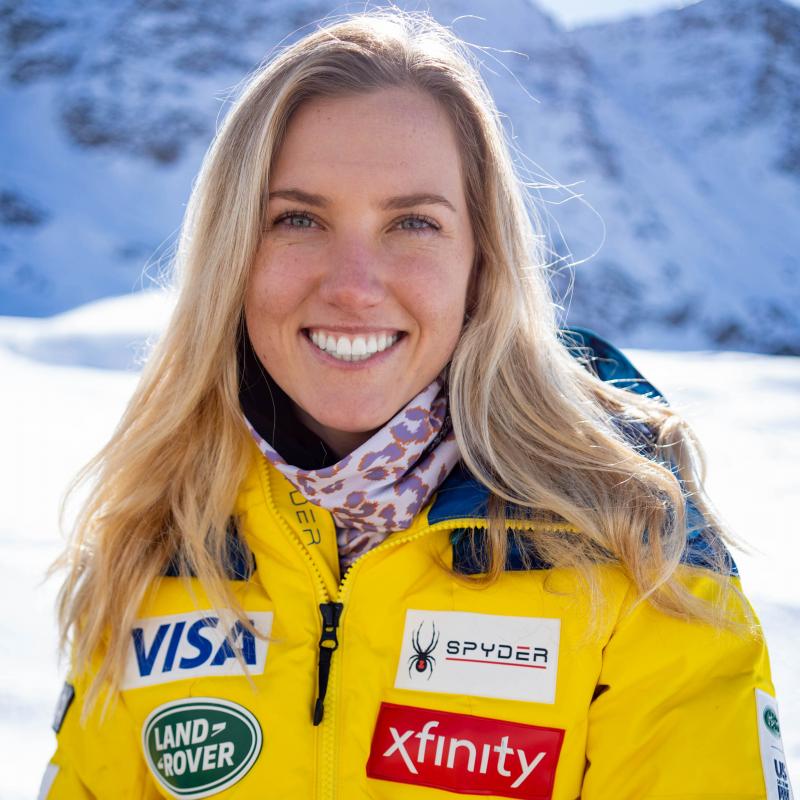