With this historic season, Mikaela Shiffrin has shown domination that not only makes her a household name in ski racing - but transcends the sport and has cemented her as one of the most dominant athletes in the world, across any sport.

With 21 FIS Ski World Cup podiums, four World Championship medals, and four Junior World Championship medals, the alpine team made significant progress. However, there is still work to be done.  “We made headway this season in our focus on development, and - with our success at Junior World Championships - great strides towards our effort to winning at every level,” Hunt remarked. “There is still work to be done at the World Cup level, but our athletes and staff are working together to create a culture where we are all set up for success and committed to achieving our goals. Though we had success at the junior level, we still have a keen focus on development and bringing medal-contending athletes through to the Olympic Winter Games in 2026 and beyond.”

Speaking of development, at Junior World Championships in Val di Fassa, Italy, the U.S. brought home four medals, including two golds by River Radamus (Edwards, Colo.) in super-G and giant slalom, a silver by Ben Ritchie (Waitsfield, Vt.) in slalom, and a silver in the mixed team event that included Radamus, Ritchie, Katie Hensien (Redmond, Wash.) and AJ Hurt (Squaw Valley, Calif.). This was America’s strongest showing at Junior Worlds in years, and the team finished third in the Marc Hodler Trophy standings - awarded for overall team performance throughout the series. The junior athletes were quick to acknowledge that it was a true team effort.

“When I sat down and made my goals last summer, I had 'Gold at World Juniors' at the top of the list,” noted Radamus. “When I was in the gym training or exhausted from skiing, this race is what I’d think about to keep going. My motto all summer was 'remember why'. This race right here was my why. I couldn't have done this without my team. We've been pushing each other's limits all summer and winter. The last few weeks we've been really locked in. Training with a common mission, and supporting each other as we pursued it. I was the one who got to take the top step today, but every one of them helped me get here."

The greatest accomplishment for the alpine team, and the U.S. Ski & Snowboard team as a whole, was Mikaela Shiffrin’s (Avon, Colo.) historic, record-smashing season. At only 24-years-old, Shiffrin broke multiple records, including: the only athlete - male or female - to have won 15 World Cup races, surpassing Vreni Schneider's season win record of 14 from 1988-89 (and would go on to win 17 World Cup races), the first ever athlete - male or female - to win in all six FIS World Cup alpine disciplines, the first athlete to win four successive world titles in a discipline (slalom, in Shiffrin’s case), the first athlete to win four globes in one season in the combination of the following disciplines: overall, super-G, slalom, giant slalom, the slalom World Cup record at 40 wins, tied with Swede great Ingemar Stenmark, and the youngest racer ever to reach more than 50 World Cup victories, which secured her in fifth position in the all-time World Cup win list by the end of the season (60 victories).

With this historic season, Shiffrin has shown domination that not only makes her a household name in ski racing - but transcends the sport and has cemented her as one of the most dominant athletes in the world, across any sport. “To be here now, after this season...this whole season has felt like a dream,” Shiffrin reflected. “It’s really hard to believe that it actually happened,” remarks Shiffrin. “The real goal is always pushing my level of skiing, pushing my limit. Seeing what’s possible...as long as I have motivation and fire, then I’ll be doing this as well as I can. That is kind of the ultimate goal. So in that way, it doesn’t matter how many globes, or wins, or whatever, it’s just go for it because it’s fun.”

Shiffrin isn’t the only alpine athlete with success this season. Olympic champion and winningest female athlete, Lindsey Vonn (Vail, Colo.), finished her final season in a storybook-like ending with a bronze medal at the World Championships in Åre, Sweden, despite having a torn LCL (lateral collateral ligament). With 82 career World Cup victories, the four-time World Cup champion and three-time Olympic medalist has set a high standard for U.S. Ski & Snowboard athletes to be best in the world. “Lindsey has set the standard which is now the benchmark for all our athletes. Be best in the world. It is that simple,” said U.S. Ski & Snowboard Chief of Athletics Luke Bodensteiner.

As for the men’s side, there was significant progression made with multiple athletes making their way into the top 20 in the world. Bryce Bennett (Squaw Valley, Calif.), who was ranked 20th in the world in downhill last year, finished seventh in the world overall in downhill. “My goal was to get top 15 in the world this year, so being able to finish ranked seventh was even a surprise to myself,” Bennett recalled. “I was so close to the podium, and on any given day I’m competitive with downhillers who are winning World Cups. I believe I can do it, too.” He also finished in the top-15 during eight separate races and top-five in three different World Cup races.

Teammate Tommy Ford (Bend, Ore.) also had a consistent season and finished in the top-20 in all eight of his World Cup giant slalom starts. He had a career-best fifth-place finish in Alta Badia, Italy, and finished in the top-10 in World Cup giant slalom standings. Ryan Cochran-Siegle (Starksboro, Vt.) pushed his limits by competing in four different disciplines this season, scoring points in each discipline, and veterans Steven Nyman (Sundance, Utah) and Travis Ganong (Squaw Valley, Calif.) put down top-10 results on multiple occasions.

The alpine crew will look to build on this success in the 2019-20 season, and continue to focus on development in hopes of bringing medal-contending athletes through to the Olympic Winter Games in 2026 and beyond. AJ Hurt
Cruisy-cool AJ Hurt is an up-and-coming athlete to watch. She's got that Squaw Valley-chill-'tude and skills on the mountain to boot, and—at just 17-years-old—already has two World Cup starts under her belt. Katie Hensien
Katie Hensien isn’t one to shy away from taking the more challenging path. Case in point, for the 2018-19 season, not only will she ski for the U.S. Ski Team but she plans to continue her college studies at the University of Denver. 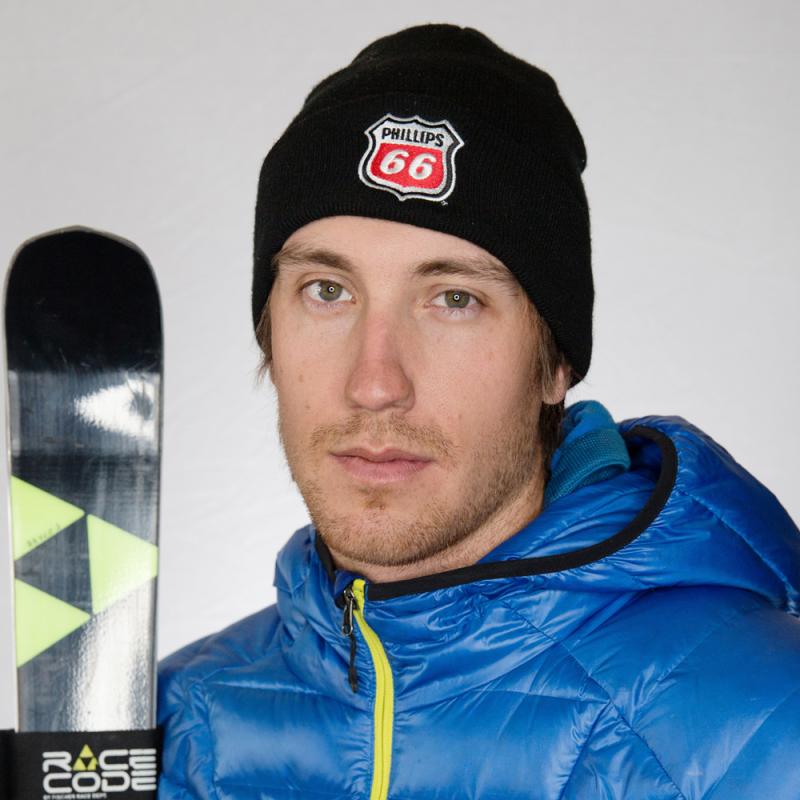